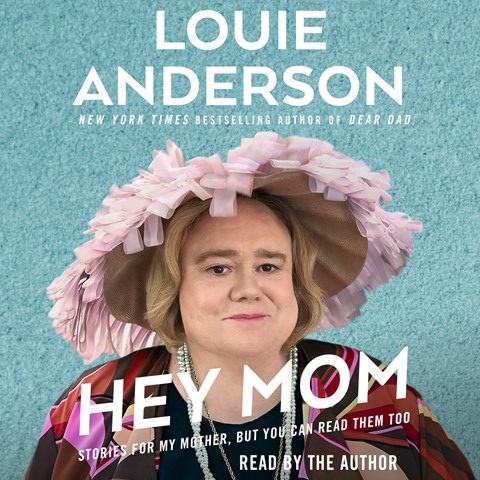 This audiobook is a must for fans of comedian Louie Anderson. He's compiled things he wished he had told or asked his mother when she was alive and turned them into an episodic audiobook that plucks at the heartstrings. Perfectly recorded, the audiobook is just Louie speaking from his heart. He admits channeling his mother, Ora Zella Anderson, in his comedy act and more so as the mother character in the FX television show "Baskets." Anderson won the Emmy for Best Supporting Character in 2017 for his cross-gender portrayal. The audiobook is sort of a biography, telling about the troubles Anderson had as one of 11 children living in poverty with an alcoholic father, and is delivered with wit and sincerity. There are not many laughs here, but Anderson's sincerity will win over listeners. M.S. © AudioFile 2018, Portland, Maine [Published: JUNE 2018]