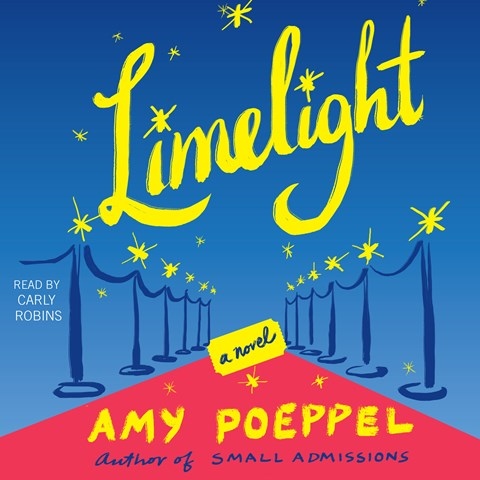 In this audio production of Amy Poeppel's novel, listeners enter the consciousness of Allison, a transplant to New York City from Dallas. Her adjustment gets off to a rocky start, but then through an accident (literally) she becomes a mother figure to a teenage rock star who is in the city to perform in a musical based on an old Charlie Chaplin film. Narrator Carly Robins speaks in a high-pitched, sing-songy voice, capturing Allison's uncertainties, patience, and optimism. Her other female characters are sometimes hard to differentiate, and her portrayal of the foul-mouthed, monosyllabic young star is believable but not endearing. While the story itself is slow paced, its characters are relatable. D.L.G. © AudioFile 2018, Portland, Maine [Published: JUNE 2018]