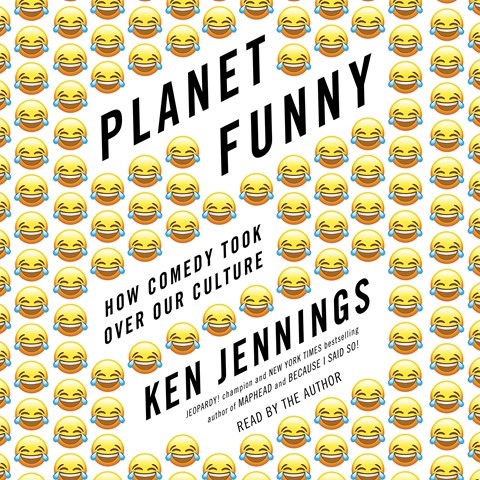 PLANET FUNNY How Comedy Took Over Our Culture

According to this audiobook, funny is the coin of the realm, the price of admission to our culture, the hip way to make yourself known, heard, famous, and rich. After all, news shows now include funny stories, advertisements rely on comedy to sell goods, and politicians need to be seen as funny by their audiences in order to get elected. Ken Jennings narrates his own audiobook, and he clearly has a sense of how he wants to interpret his words. However, he reads too quickly, drops words at the ends of sentences, and is too concerned with teaching what he's learned, rather than letting the audiobook unfold. Still, he has good timing, and his accessible voice allows listeners to follow his argument. R.I.G. © AudioFile 2018, Portland, Maine [Published: AUGUST 2018]