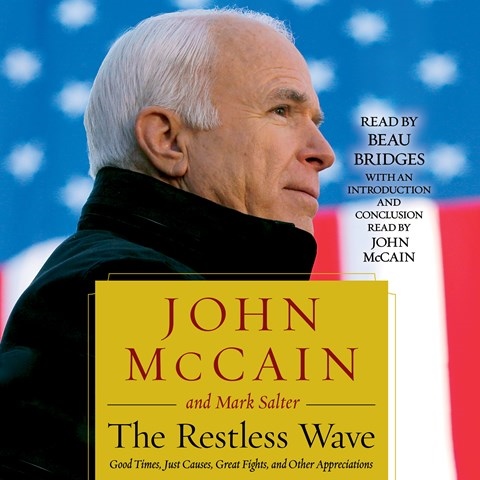 In his most recent collaboration with his one-time chief of staff, Arizona Senator John McCain provides an updated memoir structured around moral, historic, and philosophical lessons. This series of reflections on an imperfect life provides an introduction and afterword voiced by the author. While his voice sounds tired and well worn, it does create an accurate sensibility of a man battling a deadly form of brain cancer, the same type that ultimately took Senator Ted Kennedy's life. At the heart of his beliefs, even when they have been subject to change, is a belief in the uniqueness of the American Spirit. Beau Bridges's narration appropriately captures the tone and timbre of McCain's vocal qualities while injecting a dose of boyish charm. Although both supporters and critics of this political figure may not fully agree with these musings on his past and our future, it is likely that some insights will be gained. W.A.G. © AudioFile 2018, Portland, Maine [Published: JUNE 2018]