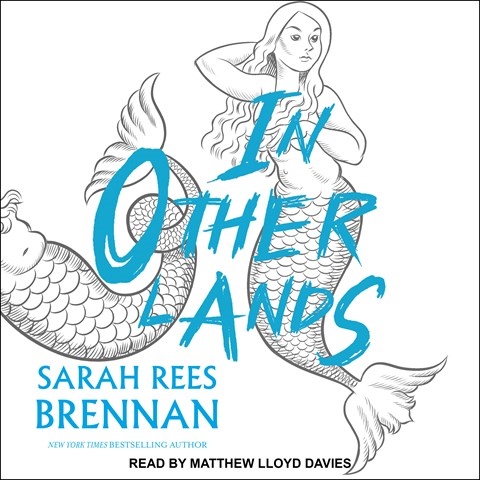 The existence of mythical creatures seems more plausible to snarky, studious teen Elliot Schafer than making friends or having a loving family. After enrolling at Borderlands Academy, a training school for the magical realm's soldiers and scholars, Elliot forms an unlikely trio with Serene-Heart-in-the-Chaos-of-Battle, an Elven warrior-scholar, and Luke Sunborn, a gifted golden boy. Narrator Matthew Lloyd Davies skillfully suggests the vulnerable qualities hidden beneath Elliot's sarcasm as he navigates gender, war, sexuality, and friendship in the Borderlands. Humor, delightfully wrought in this production, permeates each section. Davies populates this world with vivid performances of fantastical beings such as harpies, mermaids, and elves. His clear enunciation of Elvish certainty and the sharp, grating vocal qualities of harpies and mermaids make the students' forays into battle and diplomacy memorable. J.R.T. © AudioFile 2018, Portland, Maine [Published: MAY 2018]