Home»Reviews»ALL THE WAYS TO SAY I LOVE YOU 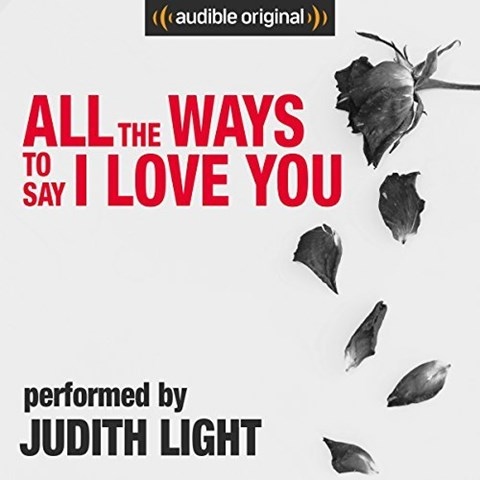 ALL THE WAYS TO SAY I LOVE YOU

Television actor Judith Light ("Who's the Boss?") dives headlong into this one-woman stage performance recounting a middle-aged school teacher's "rescue" of a young man in her class years earlier. It's a tale of infatuation, deceit, and regret. Coming at the listener like a freight train, Light's character is as tough on herself as she is on the audience, which is left to judge a not-altogether sympathetic person. The renowned Leigh Silverman once again directs, and once again Audible Studios proves that the contemporary theatrical monologue is a perfect match for the audiobook world. Light's character asks, "What is the weight of a lie?" The listener will find the answer both heartbreaking and confounding. Top-notch theater. B.P. Winner of AudioFile Earphones Award © AudioFile 2018, Portland, Maine [Published: JUNE 2018]