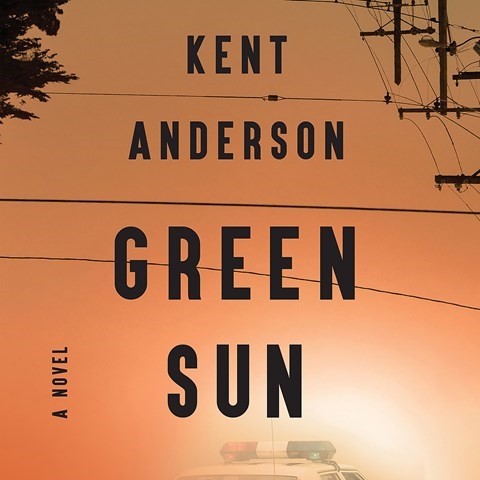 Kevin Stillwell narrates this gritty collection of interconnected crimes and misdemeanors in East Oakland, California, in 1983, bringing the era to life. Hanson, a Vietnam veteran who is now a police officer, lives and works in this blighted part of the city, where he investigates murders, deaths, domestic squabbles, and drugs. He's known for his common-sense solutions, honesty, and kindness in his interactions with all, including the drug kingpin of the area. Stillwell's soft tones are all Hanson. He portrays the detective's overall calm and methodical demeanor, particularly in his dealings with 13-year-old Weejee and his half-sister, Libya. Throughout all the blood and guts, crimes of passion, and posturing for dominance, Stillwell's voice downplays the violence and racial tensions. M.B.K. Winner of AudioFile Earphones Award © AudioFile 2018, Portland, Maine [Published: JUNE 2018]