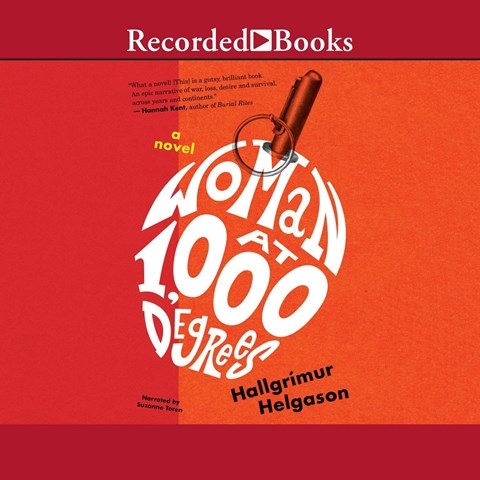 Suzanne Toren is at her elegant best in performing this stunning audiobook, in its way as shattering as Jerzy Kosinski's THE PAINTED BIRD. The title character is a sardonic, wounded, brilliant Icelandic woman on her deathbed. In a garage. As a pretty, young adolescent, she was stranded alone in Hamburg in 1942, her father having joined the Nazis and her mother prevented from reaching her in a city in chaos until it was too late. What it took for her to survive leaves her shrewd and bitter, but also full of a wisdom that has cost her too much; it's an indelible voice, a tone the actor must handle with great skill for this powerfully written, ultimately unforgettable to story have its effect. Toren nails it. B.G. © AudioFile 2018, Portland, Maine [Published: JULY 2018]