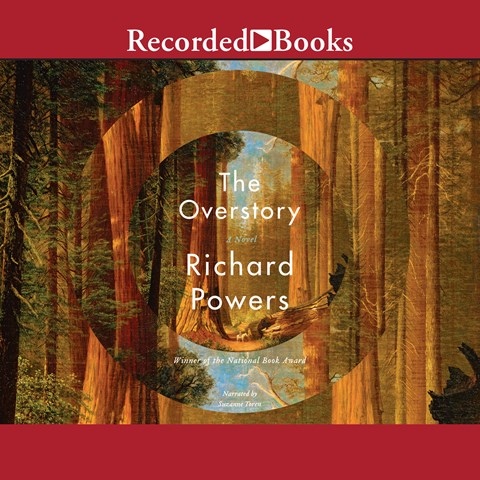 Richard Powers's ambitious new novel tests the limits of audiobook narration in its breadth and complexity, number of characters and storylines it embraces, and sweeping conception of the bond between humanity and nature. Suzanne Toren's performance is expressive and well paced, and she is especially effective when delivering Powers's more lyrical passages. However, as the four featured characters fight to preserve a virgin forest, Toren's character voices are uneven--sometimes a marvelous expression of situation and state of mind, other times a regrettable mimicry of gender or ethnicity. So powerful are Powers's interlocking stories that the listener is simply carried along. This is a novel that many will embrace. D.A.W. © AudioFile 2018, Portland, Maine [Published: JUNE 2018]