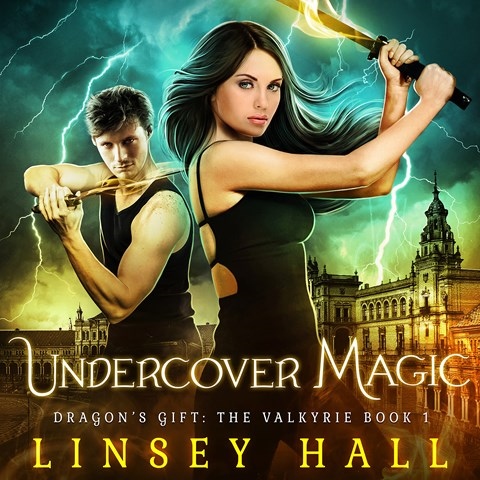 Living in a world in which magic must be hidden, Ana and Bree careen through Death Valley in their Jeep, using their magic to avoid malevolent creatures. Called Magical Unknowns, they hope to stay off the grid, but they forge a temporary alliance with the Magical Protectorate against their common enemy, a magic dealer who poisoned them. Narrator Laurel Schroeder has a pleasantly low voice with an upper Midwest twang that hints at Bree's independent, fighting spirit. Schroeder adopts realistic accents for international characters, including a Scottish accent for Cade, a sexy Celtic god of war who helps Bree. Schroeder's phrasing is choppy, and Hall's numerous dialogue tags are hard to smooth over. But exotic settings and battle scenes keep the story entertaining as does Schroeder's vocal quality. C.A. © AudioFile 2018, Portland, Maine [Published: APRIL 2018]