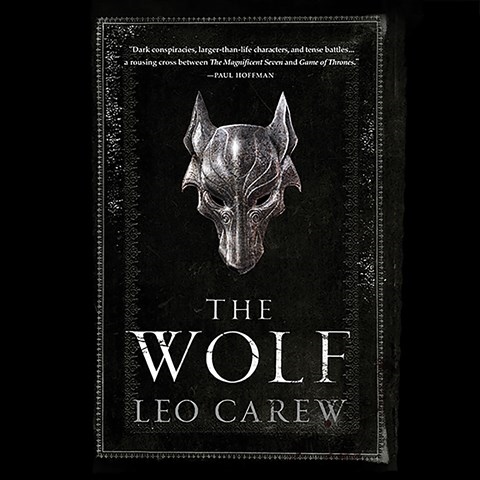 THE WOLF Under the Northern Sky, Book 1

Narrator Matt Addis's textured British baritone delivers listeners onto the atmospheric Northern battlefields on which much of this story unfolds as two opposing nations seek to annihilate each other. The first in Leo Carew's historical fantasy series covers three seasons in parallel narratives featuring Roper, heir apparent to the Northern Black Kingdom of the Anakim, and Bellamus, a Suthern upstart and Anakim expert with political aspirations. Addis's keen and commanding performance conveys Roper's evolution into a leader as he struggles against memorably characterized opponents. Well-paced action sequences and home-front intrigue engage listeners in the ultimate outcome. A sense of unease permeates the ominous epilogue, setting the stage for the next installment. J.R.T. © AudioFile 2018, Portland, Maine [Published: JUNE 2018]