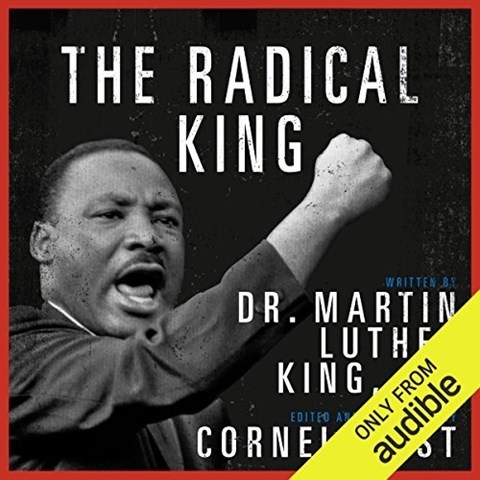 Cornel West is joined by an all-star cast of actors and actresses who breathe life into some familiar and some unfamiliar works by Dr. Martin Luther King, Jr., in this powerful audiobook production. Each narrator manages to channel the cadence and style of King but not in a way that is derivative. Instead, they uniquely blend their own vocal abilities with the well-known speaking style of King. Sharing speeches, interviews, letters, essays, and other original words by King, West interweaves context and meaning to show that the King who has been memorialized is often far from the real King, who advocated for a much more dynamic and equitable world than his most famous speech, "I Have a Dream," indicates. L.E. © AudioFile 2018, Portland, Maine [Published: JULY 2018]