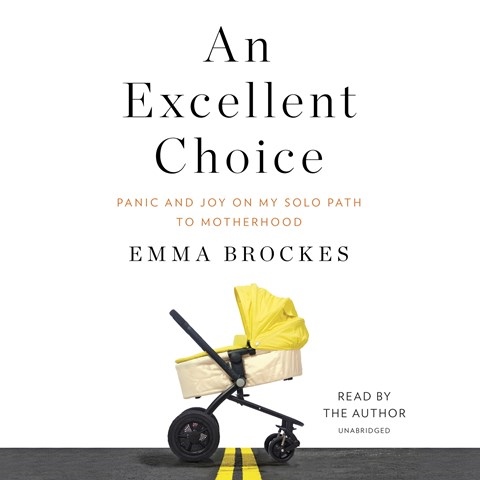 Brockes's journey to motherhood was unconventional. While in her late thirties and single and in the early stages of a relationship with a woman known as "L," she decided she had reached the do-or-die moment to either embark on the path of getting pregnant or give up the idea. Brockes narrates her memoir with clarity and sardonic humor. Her love and respect for her core group of friends and her father, who supported her every step of the way, are evident not only in her writing, but also in her tone of voice. Her self-awareness gives her plenty of room to poke fun at herself, adding levity to serious moments. J.E.M. © AudioFile 2018, Portland, Maine [Published: OCTOBER 2018]