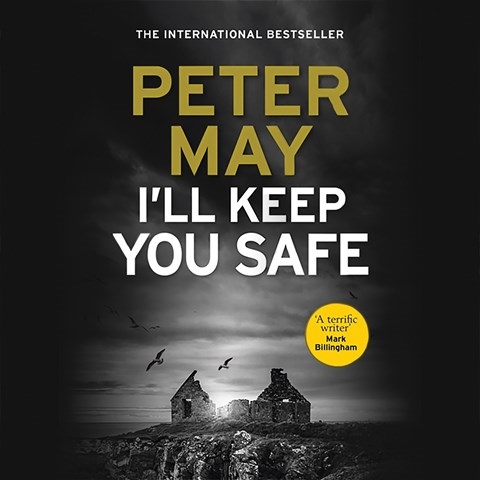 by Peter May | Read by Anna Murray, Peter Forbes

Peter Forbes is the regular narrator of the Isle of Lewis series. In this latest entry, he is joined by Anna Murray, with mixed results. Forbes is a superb narrator--his natural Scottish voice is a joy to listen to, and he handles additional accents with aplomb. Murray reads with a poignant wistfulness that is easy on the ear, but her characterizations are lacking. May's books are classified as crime, but there is so much more to them than that. Yes, there is a bomb at the beginning, and, yes, there is a police officer tracking a killer, but the story is also an exploration of relationships and life on a Scottish island. Who wanted to kill Ruairidh Macfarlane, co-owner of Ranish Tweed? The answer lies in the past. C.A.T. © AudioFile 2018, Portland, Maine [Published: MAY 2018]