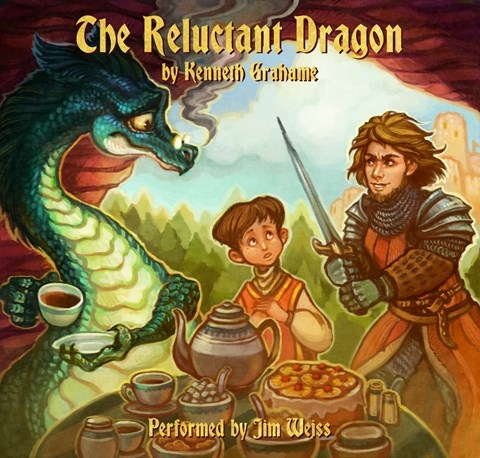 Jim Weiss's narration of this beloved story is full of his distinctive style and vivid characterizations. Leave it to Weiss to enthusiastically deliver the initial background material on the setting and history of the St. George legend. He then welcomes listeners into the tale with a voice that places them right in the story. His elongated words, pauses, and emphasis focus attention on each scene--from the boy's wanderings on the downs to the negotiation between the dragon and knight and the spectacle-filled battle. Weiss portrays the boy as cheerful and optimistic, the dragon as easygoing and sensitive, and St. George as aristocratic yet diplomatic. The production concludes with Weiss's melodious rendition of a friendship song sung by the dragon and St. George. A.R. Winner of AudioFile Earphones Award © AudioFile 2018, Portland, Maine [Published: OCTOBER 2018]