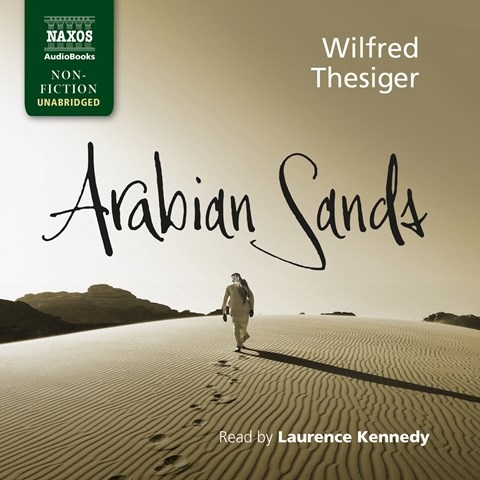 This audiobook is not only a portrait of a way of life on the edge of extinction. Thesiger is also one of the main sources that author Frank Herbert used in creating his classic novel, DUNE. Laurence Kennedy narrates the story of Thesiger's experiences with the Bedouin of Arabia like a man reminiscing about the best times of his life. He conveys the wit and wonder of an explorer who plunges himself into an alien world and the sorrow of an observer who sees that that world is about to be destroyed by the discovery of oil. Traditional Bedouin culture has almost vanished now, but this valuable and fascinating record survives. D.M.H. © AudioFile 2018, Portland, Maine [Published: JUNE 2018]