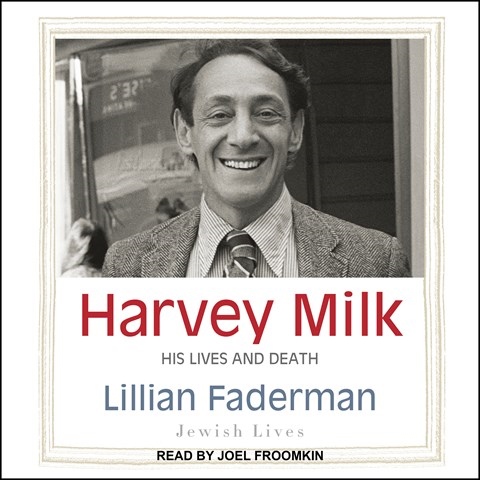 HARVEY MILK His Lives and Death

Historian Lillian Faderman's biography of San Francisco's first out and proud gay elected official follows Milk from his ancestry through his assassination. The biography offers well-crafted stories, documentary snippets from letters and news accounts, and contextual explanations of changing culture that are woven seamlessly into the whole. Narrator Joel Froomkin does a stellar job channeling Milk's many moods and tones. From oratory to reflective self-examination, Froomkin captures Milk's capacity to overreach with some attempts at wit and to communicate sincere support of all marginalized people in his adopted city. In spite of some mispronunciations, the high quality of the writing and Froomkin's overall presentation offer revelatory listening. F.M.R.G. © AudioFile 2018, Portland, Maine [Published: JULY 2018]