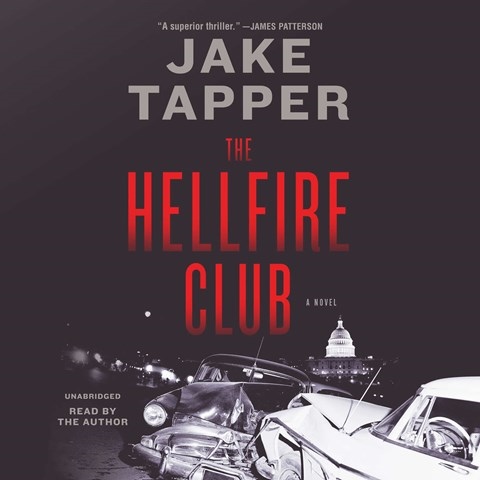 CNN anchor and novelist Jake Tapper narrates a great summer listen as he re-creates 1950s McCarthy-era Washington in this thriller. Tapper uses his best broadcasting voice when describing the trials and tribulations of newly minted Congressman and war hero Charlie Marder as he acclimates to hardball national politics. At times, Tapper's dramatic pacing falters, and his character portrayals are weak, but his overall performance is enjoyable, especially when his characters interact with compelling historical figures like Lyndon Johnson and John F. Kennedy. At the center of the story is Charlie's relationship with his newly pregnant wife, Margaret. Tapper shines when depicting the intimacies of people who are struggling to extricate themselves from the Washington swamp. R.O. © AudioFile 2018, Portland, Maine [Published: JUNE 2018]