Home»Reviews»THE BOY ON THE BRIDGE 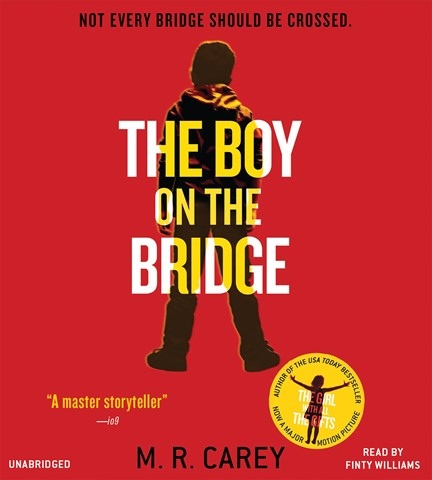 THE BOY ON THE BRIDGE The Girl with All the Gifts, Book 2

What is the sound of the world nearing its end? In this riveting audiobook, it's the sound of hope against hope, as narrated by Finty Williams. She deftly gives voice to the crew of Rosie, a retrofitted tank carrying a group of soldiers and scientists who are seeking a cure for a plague as they traverse a ravaged Great Britain. The contagion has turned much of its population into mindless creatures who seek only to feed. The expedition ends up fighting not only the "Hungries," but also each other. With a blend of accents drawn from across the UK, Williams skillfully animates the 12 people struggling against long odds. The result is a chilling but ultimately uplifting story of a humanity that must evolve to survive, of humans overcoming obstacles despite themselves. D.E.M. © AudioFile 2018, Portland, Maine [Published: SEPTEMBER 2018]