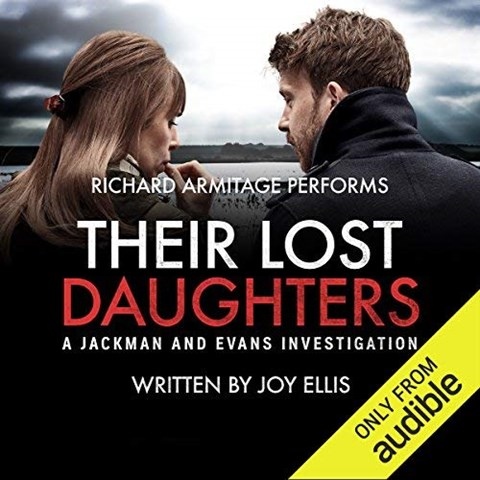 Somewhere on the unglamorous part of the English coast, young girls are being kidnapped and murdered. A troubled, overworked police detective and his crew work diligently to find the killer of the dead girls and rescue the girls that may still be alive. Narrator Richard Armitage, with his crisp British accent, embodies the driven detectives as they desperately sort out clues to the girls' disappearances. Armitage's soft-spoken delivery keeps listeners on the edge of their seats as the true horror of the situation slowly reveals itself. This is not one of those books with obvious heroes and villains. The plot is tricky, but ultimately the audiobook is extremely satisfying, tying local legends into the reality of modern crime. M.S. Winner of AudioFile Earphones Award © AudioFile 2018, Portland, Maine [Published: SEPTEMBER 2018]