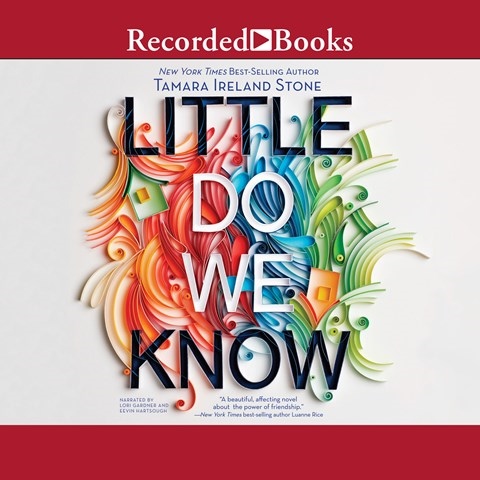 LITTLE DO WE KNOW

A bitter argument has ruined the friendship between Hannah and Emory--now both are counting the days until the end of their senior year. Hannah led a strongly spiritual life until she learned that her father traded her college fund to hire a pricey music director at his Christian school. Narrator Eevin Hartsough registers the outrage Hannah feels for her father's financial decision and the overwhelming questioning it has precipitated in her own life. Emory is marking the days left before college separates her from her boyfriend, Luke. Narrator Lori Gardner expresses her tenderness for him and, more subtly, her abhorrence for the man who is soon to be her stepfather. Luke's near death puts all the characters through crises of faith before they reveal secrets and truths that reconfirm the importance of their relationships. S.W. © AudioFile 2018, Portland, Maine [Published: AUGUST 2018]