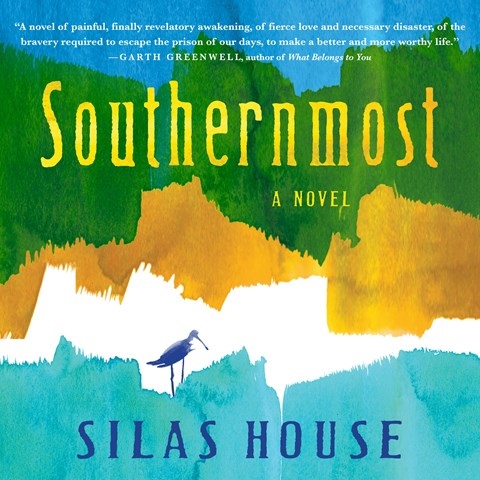 Narrator Charlie Thurston deftly navigates this road story of a father and son on the run. Silas House's depiction of conflicted evangelical faith in the South begins with Pastor Asher Sharp, who makes an offer to help a gay couple following a flood and then loses his job and, after a messy divorce, custody of his precocious 9-year-old son, Justin, because of this act of kindness. Thurston's performance evokes both empathy and anger in the listener. He uses a soft Southern accent as Asher escapes to the Florida Keys. The novel begins a bit slowly but, as performed by Thurston, is in the end shocking and emotionally satisfying. Thurston's evocative performance leaves the listener filled with a potent combination of hope, joy, and sadness. R.O. Winner of AudioFile Earphones Award © AudioFile 2018, Portland, Maine [Published: AUGUST 2018]