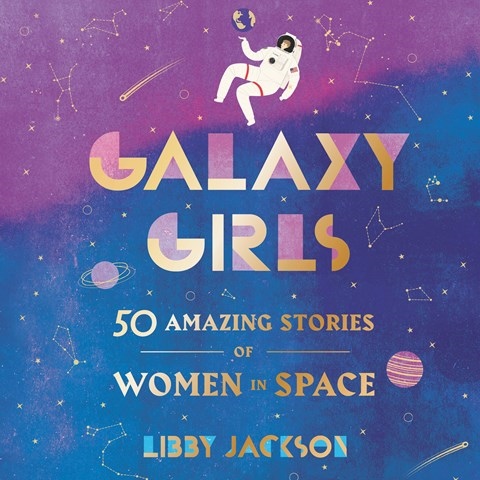 In this audiobook, British physicist and engineer Libby Jackson introduces listeners to 50 women who have been involved in space travel--from astronauts to the team of weavers who created a prototype for digital memory during the Apollo missions. Narrator Michelle Ford's crisp British accent is appropriate for Jackson's introduction but does not serve the rest of the audiobook well. Each profile is accompanied by a notable quote from the subject. The scientists, astronauts, and other women portrayed come from all over the world, and Ford's inconsistent accents detract from the power of their words. The opening timeline also suffers in its transition to the audio format, and the book's beautiful full-color portraits are missing entirely. This engaging and important work is best enjoyed in print. E.C. © AudioFile 2018, Portland, Maine [Published: JULY 2018]