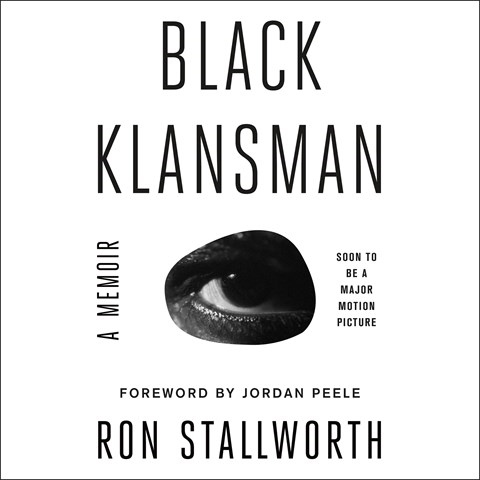 BLACK KLANSMAN Race, Hate, and the Undercover Investigation of a Lifetime

The conceit of this audiobook, now a movie, is that it's 1978, and an African-American police officer is asked to join the Ku Klux Klan, so he can monitor, and thwart, the organization's activities. The author, who was that police officer, persuades a white friend to impersonate him, but he himself speaks on the phone with Klansmen. Stallworth narrates his book, and he does a credible job. His voice sounds as folksy, imperfect, and real as you'd expect from a Colorado police detective. He reads slowly and deliberately, pauses for emphasis, and inserts his own humorous asides on the absurdity of the situation in which he found himself. He also trails off at the ends of sentences and suffers from mushy pronunciation. In the end, though, that doesn't detract from the exciting story. R.I.G. © AudioFile 2018, Portland, Maine [Published: JULY 2018]