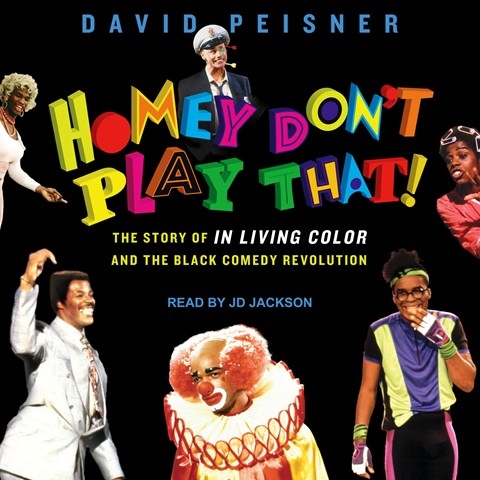 HOMEY DON'T PLAY THAT! The Story of In Living Color and the Black Comedy Revolution

The TV comedy show "In Living Color" proved to be the culmination of numerous black comedians' efforts in an industry that had limited their voices in the prior 30 years. It was also the birthplace of a diversifying of black comedians for the next 30 years. In narrating the history of the show's rise, its height, and its aftermath, JD Jackson moves seamlessly from recounting Keenen Ivory Wayans's childhood and discussing the impact of the Rodney King riots to explaining some of the most celebrated skits in the show. His deep and raspy voice has a deliberate delivery that works well with Peisner's prose, which straddles the lines between a traditional historical account and an oral history of a show whose many catchphrases are still recognizable today. L.E. © AudioFile 2018, Portland, Maine [Published: AUGUST 2018]