HomeÂ»ReviewsÂ»THE SHIP THAT NEVER WAS 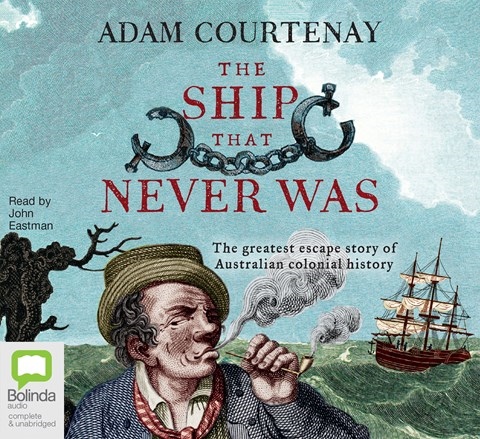 Sometimes the smallest slice of history can be re-created as a rip-roaring audiobook. That's especially true if narrator John Eastman is aboard, smartly supplying dialects from all levels of British society. The eponymous ship is at the heart of the most daring escape in Australian penal history, which, considering Australia's background, is saying something. Drawn from the admittedly self-serving memoir of convict James Porter, this production tells how he and nine other convicts stole the brig FREDERICK and sailed to Chile in search of freedom. Still, the long arm of British law caught up with some of them, driven by universal acclaim for this audacious act of piracy. By volume's end, Eastman's sardonic narration has listeners questioning whether all the energy and years that went into this escape and its aftermath were worthwhile. D.E.M. © AudioFile 2018, Portland, Maine [Published: NOVEMBER 2018]