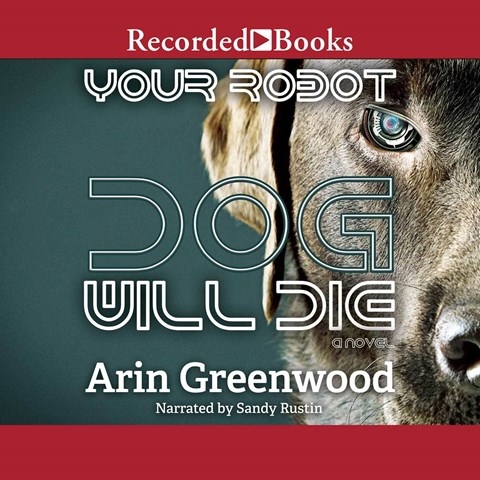 YOUR ROBOT DOG WILL DIE

Dog Island is a preserve for the only remaining dogs on the planet, and the residents of the island serve as product-testing families for new lines of robot dogs from Mechanical Tail. Narrator Sandy Rustin's youthful, matter-of-fact tone embodies the harsh realities of Nano Miller's life and the hope she clings to for a better world. Rustin's pacing gradually increases throughout the narrative, building tension before diving into suspenseful twists. She adds depth to Greenwood's characters whether she's depicting brave teens, unhinged leaders, or the sardonic representatives from Mechanical Tail. Greenwood's harrowing adventure is a testament to the strength of family and the power of defending one's convictions. Ideal for fans of animals, dystopian fiction, and futuristic narratives. K.S.B. © AudioFile 2018, Portland, Maine [Published: OCTOBER 2018]