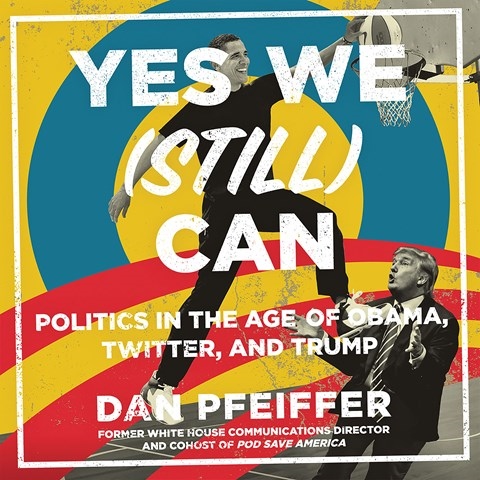 YES WE (STILL) CAN Politics in the Age of Obama, Twitter, and Trump

This is an audiobook for anyone who misses the Obama administration and wants to hear about what it was like working for and with Barack Obama from the start of his longshot campaign in 2006 to the end of his second term as president. Dan Pfeiffer served in numerous high-level communications and strategy positions, and he was obviously very good at his job. As a narrator, it's apparent he's not a professional, but, for the most part, any shortcomings are more than made up for by his enthusiasm for this project, his devotion to Obama, and his thoughts on how Democrats might confront the current administration and politics in the age of Trump. J.P.S. © AudioFile 2018, Portland, Maine [Published: OCTOBER 2018]