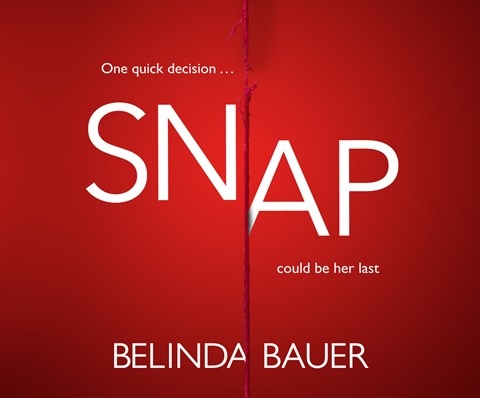 As a mystery, SNAP stretches credulity. But Andrew Wincott's narration is steadying, even as the story shifts under foot. Jack Bright, who is only 14, has been left to raise his siblings as best he can--through petty theft--after his mother's murder. In the midst of a bill-paying burglary, Jack discovers a possible clue to that murder. He has to decide whether to bring the law down on himself in order to get justice. Wincott's take on Jack is dead on, as is his rendering of Jack's two younger sisters. Wincott needs to interest us in these children, given the hapless assortment of adults surrounding them--all equally well rendered but by no means as sympathetic. K.W. © AudioFile 2018, Portland, Maine [Published: SEPTEMBER 2018]