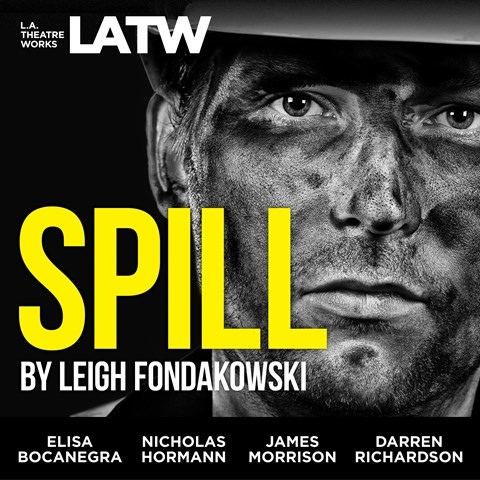 Listeners follow a documentary-style play as the tragedy of the Deepwater Horizon oil spill unfolds. On April 20, 2010, British Petroleum's flagship drilling rig exploded, collapsed, and spread millions of gallons of crude oil into the waters of the Gulf of Mexico, off the coast of Louisiana. Earlier, tension over safety, the limits of technology, and company politics had threatened to erupt among the workers when the BP brass insisted on bending regulations to speed production. Told through dramatized interviews, reminiscences, and court proceedings, this program focuses on the whirlwind of emotions faced by the rig workers and their families in the wake of the tragedy that took 11 lives and cost billions of dollars to clean up. The play acts as a cautionary tale while also pointing out that new oil drilling resumed in the gulf less than six months later. B.P. © AudioFile 2019, Portland, Maine [Published: JANUARY 2019]