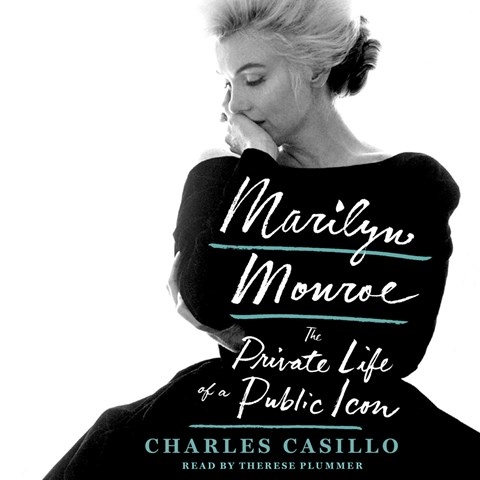 MARILYN MONROE The Private Life of a Public Icon

Thérèse Plummer's over-the-top narration and several mispronunciations of celebrated people's names are distracting elements in this audiobook. The author presents it as having both new information and new perspectives on the troubled life and somewhat mysterious death of American movie icon Marilyn Monroe. Emphasizing her final two years, the audiobook has an emotional tone that is frantic and given to the sensational. Plummer's attempts to assume the voices of many of the characters are less than spot-on. Monroe's boundless ambition and psychological struggles are set against the times in which she lived; details and anecdotes are backed up with significant detail and research. Listeners will decide from their own perspectives whether fresh insight and facts are present here. W.A.G. © AudioFile 2018, Portland, Maine [Published: SEPTEMBER 2018]