Home»Reviews»THE BOY ON THE BEACH 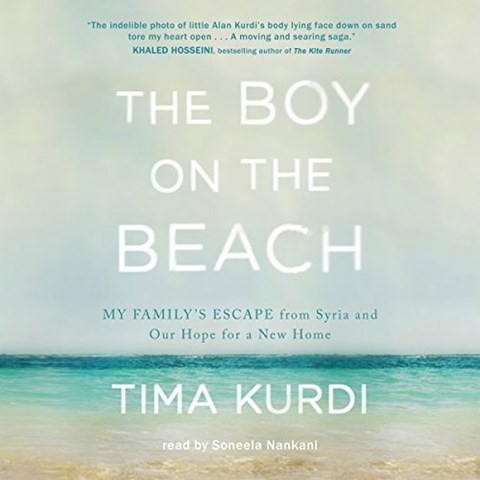 At the end of the summer of 2015, the image of Alan Kurdi, the 3-year-old Syrian migrant boy whose body washed up onshore after a failed attempt to cross the Mediterranean, circulated worldwide and remains indelible. His story, and that of his family, is narrated by Soneela Nankani, who treats the entire account with tenderness and sorrow. Nankani retells the complicated series of decisions that led up to the crossing, as faced by Alan's aunt, Tima Kurdi. We learn about the process of applying for naturalization in Canada, as well as the various expenses involved in immigrating. She brings across these personal details of the Kurdi family with a familiarity that makes the listener feel as though they are close friends or relatives. M.R. © AudioFile 2018, Portland, Maine [Published: AUGUST 2018]