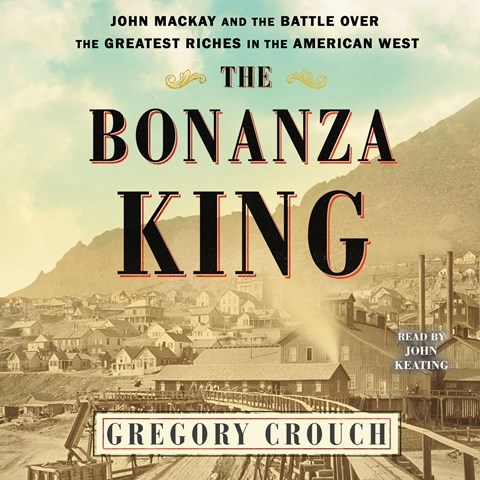 Narrator John Keating's subtle brogue introduces a humble John Mackay, who is carrying everything he owns as he looks down on the Virginia Range of Nevada in 1859. Eventually, Mackay became known as the Bonanza King because of the riches he gleaned from his interest in the Comstock silver lode. He fought wage cuts for miners, took on Jay Gould for control of international communications wires, and even helped tame a fire that threatened Virginia City. Keating draws listeners into this biography in a way that gives Mackay's colorful life both authenticity and the air of a tall tale. It helps that author Gregory Crouch ends chapters with cliff-hangers. Among the characters listeners will meet is author Mark Twain, who was a friend of Mackay's. J.A.S. © AudioFile 2018, Portland, Maine [Published: SEPTEMBER 2018]