Home»Reviews»THE PROMISE OF THE GRAND CANYON 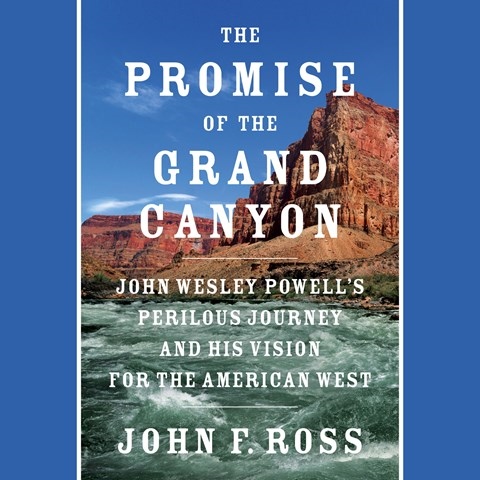 In 1869, John Wesley Powell, a Civil War veteran who lost an arm in the Battle of Shiloh, guided a group of mostly inexperienced adventurers on the first navigation of the Colorado River through the Grand Canyon. This ten-month expedition is the most engaging part of Ross's story, and the inimitable bass of narrator Stefan Rudnicki carries the narrative along with the swift pace of a coursing river. Ross then explores the importance of Powell's later career as an advocate for sustainable development in the American West, a story that has been, until now, underappreciated. During these more meandering sections, Rudnicki does most of the heavy lifting, breathing energy into the story of this remarkable man and his legacy. D.B. © AudioFile 2018, Portland, Maine [Published: NOVEMBER 2018]