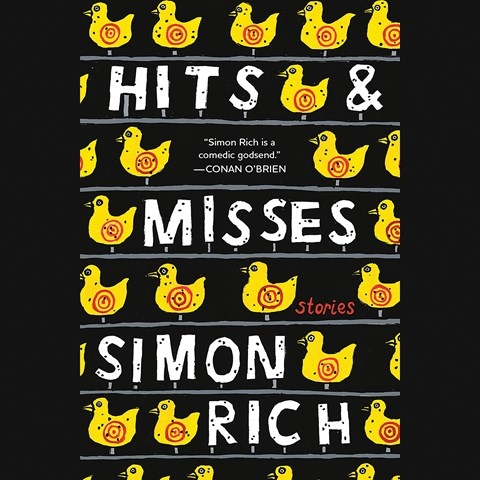 The brief comic pieces in this collection, often starting from an absurd or fantastic premise, are mostly hits, but Simon Rich's narration is a near-miss. He does get the humor across, and some of the emotions, but he doesn't have the acting skill or technique to put across the occasional line that actually has dramatic weight. While his comic timing and emphasis are good enough, he uses the same tone--intentionally ironically flat--too often and doesn't differentiate characters at all, so everyone sounds the same. While usually articulate and expressive, he occasionally rushes words and swallows parts of them. Rich's narration is adequate but does little to enhance his stories. W.M. © AudioFile 2018, Portland, Maine [Published: AUGUST 2018]