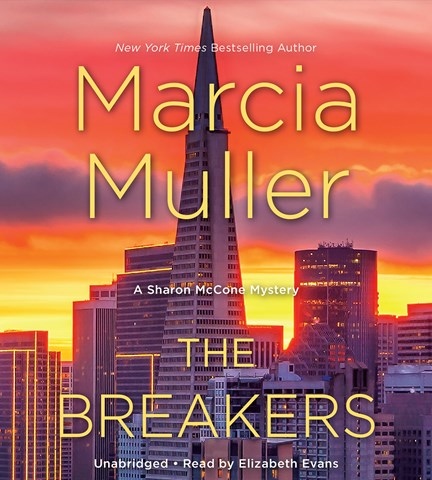 It's always tough for a narrator to take over a long-running series. Happily, Elizabeth Evans proves herself a success with her second Muller title, the 34th Sharon McCone mystery. It's a solid enough listen, with McCone trying to track down Chelle, a young friend who has disappeared from the house she is rehabbing, a house in which there is a whole wall dedicated to serial killers.The Breakers is an abandoned former nightclub and hotel in the San Francisco Outlands. Then Chelle's parents disappear while traveling in Costa Rica. Evans has some enjoyable characters to showcase, and this series evokes San Francisco like no other. While the plot itself is forgettable, Evans's narration is exemplary,. C.A.T. © AudioFile 2018, Portland, Maine [Published: OCTOBER 2018]