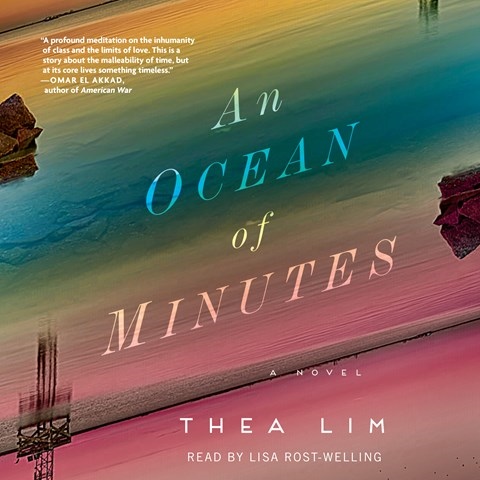 AN OCEAN OF MINUTES

When Polly's boyfriend, Frank, catches the deadly flu that's sweeping the country, she travels forward in time as a kind of indentured servant in a desperate bid to save him. Narrator Lisa Rost-Welling's understated approach to emotional moments serves the story well as Polly suppresses her emotions and struggles to maintain a sense of balance when her plans to reunite with Frank go terribly awry. However, Rost-Welling's performance is uneven. Her character voices and accents are inconsistent, and her enunciation often sounds mushy. She succeeds best when voicing Polly, giving the character a willful naïveté that highlights Lim's strong character development. E.C. © AudioFile 2018, Portland, Maine [Published: AUGUST 2018]