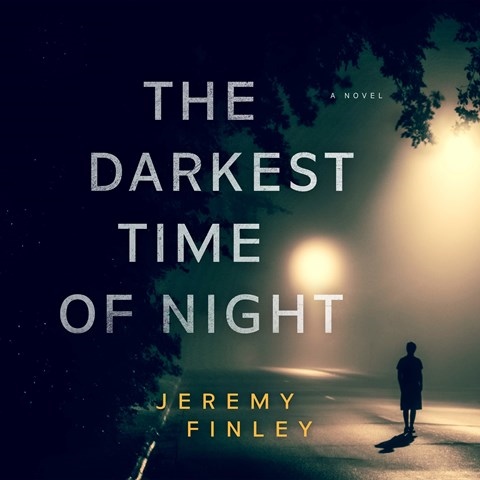 THE DARKEST TIME OF NIGHT

Investigative TV journalist Finley employees a novelist's attention to detail, and narrator Suzanne Toren uses a gently nuanced delivery to pull back the curtain on a vast government conspiracy: People are being mysteriously snatched by "lights." This debut thriller features Lynn Roseworth, wife of a U.S. senator and grandmother of an abductee. Toren's delivery is compelling and down to earth as family and government secrets are revealed with nuance and compassion. Lynn tracks down clues from Nashville to Colorado, which lead to a deadly showdown with agents and bureaucrats who are desperate to keep the abductions out of the public's eye. Toren uses an empathic tone and an edge of steely resolve as Lynn and her colorful friend, Roxy, uncover long-held secrets. R.O. Winner of AudioFile Earphone Award © AudioFile 2018, Portland, Maine [Published: AUGUST 2018]