Home»Reviews»THE DAY OF THE LOCUST 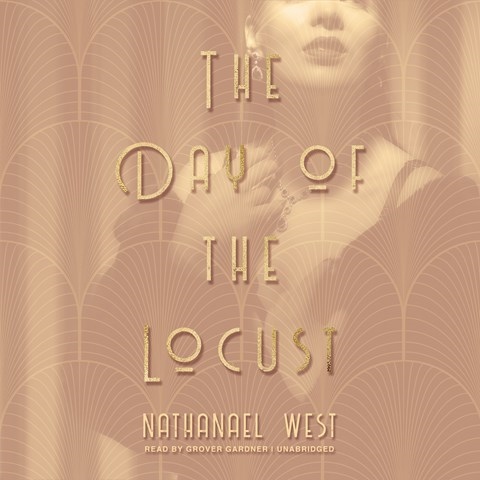 THE DAY OF THE LOCUST

Narrator Grover Gardner expertly portrays a wide cast of characters who live on the margins of 1930s Hollywood in this prescient novel, which imagines the potentially explosive consequences of failure to achieve the American dream. Listeners will both chuckle and grimace at Gardner's uncanny ability to mine the humor, pathos, and callousness of characters who range from shrewd aspiring actress Faye Greener to socially awkward Midwestern accountant Homer Simpson and obnoxious child actor Adore Loomis. The story is presented in vignettes, moving from one overlapping set of characters to another until a fuller picture emerges of those who see themselves as being cheated out of a secure and loving future. M.J. © AudioFile 2019, Portland, Maine [Published: JANUARY 2019]