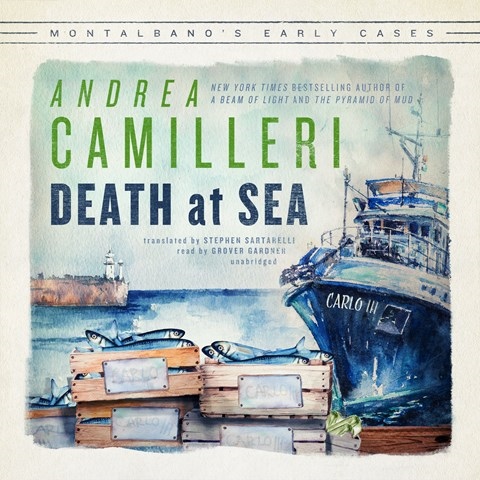 Grover Gardner returns as Sicily's tenacious Inspector Salvo Montalbano in these stories from early in Montalbano's career. Stephen Sartarelli made specific dialect choices when translating author Andrea Camilleri's mysteries into English, and series narrator Gardner again faithfully follows his direction. Newcomers to the series may be surprised by Montalbano's gravelly voice and American accent, but series fans will immediately recognize and accept it, along with Officer Catarella's broad Brooklyn accent (and name-mangling tendencies). In all, there are many other returning--and new--characters, all of whom sound like they came straight out of one or another New York City borough. Camilleri's penchant for including harsh political and social realities keeps these stories well out of the cozy category, but without depriving them of their humor and charm. K.W. © AudioFile 2018, Portland, Maine [Published: NOVEMBER 2018]