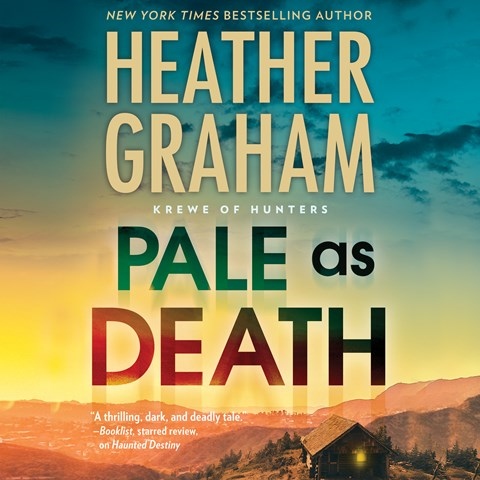 The latest in the Krewe of Hunters series is a fantastic listen with an ending you won't see coming. Narrator Luke Daniels creates memorable characters among the living and the dead. LAPD Detective Sophie Manning finds herself in the middle of a grisly murder reminiscent of the infamous Black Dahlia case. As the investigation unfolds, everyone is a suspect--including the police--and Sophie must contend with her ability to communicate with the dead and a surprising relationship with Bruce McFadden, an investigator who has paranormal connections. As the race to identify the killer escalates, the story includes surprising twists and turns. Those who haven't listened to other Krewe books may find it a bit difficult to keep track of all the characters at first, but that won't detract from their enjoyment of the story. K.S.M. © AudioFile 2018, Portland, Maine [Published: DECEMBER 2018]