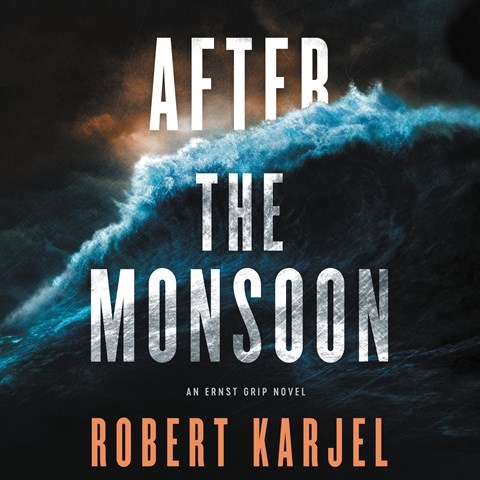 AFTER THE MONSOON An Ernst Grip Novel

Twin mysteries take Swedish security officer Ernst Grip to the Horn of Africa in a dazzling thriller. David Colacci narrates Grip's journey to Djibouti to investigate the accidental death of a Swedish army lieutenant. On unfamiliar ground with little support, Grip becomes swept up in the abduction of a wealthy Swedish family. Colacci's quiet intensity complements this slow-burning thriller to great effect. Various accents are subtle and give the characters effective nuances. However, sections that involve detailed transcripts are jarring despite Colacci's strong character differentiation. The plot invites some incredulity, but the increasing intensity of the narration helps to offset it. Ernst Grip's adventure spans blazing deserts and harsh seas. It's a tale filled with incredible characters and shocking moral quandaries. J.M.M. © AudioFile 2018, Portland, Maine [Published: OCTOBER 2018]