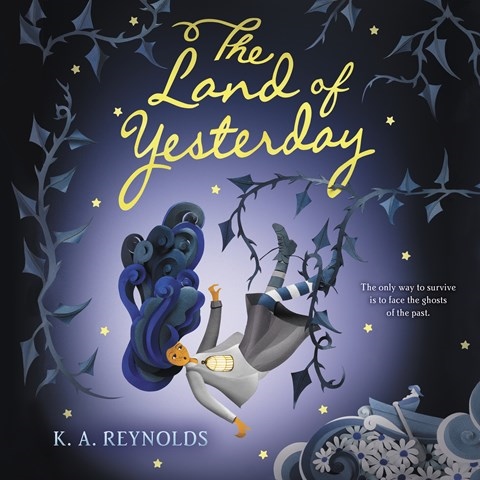 THE LAND OF YESTERDAY

Narrator Brittany Pressley does her best to bring drama to this otherworldly steampunk story about a tenacious girl living on another planet in a house with its own angry spirit. After Cecelia's little brother, Celadon, dies tragically, his soul goes to the Land of Yesterday. Cecelia's mother is so distraught that she follows him there, so Cecelia, feeling responsible for his death, ventures into that dark and forbidden land to bring them back. Pressley gives voices to a variety of whimsical characters including the barking honks of people with wordfart syndrome, the evil moans of the house Widdendream, and the babyish voice of Cecelia herself as she struggles to succeed in her magical quest. S.C. © AudioFile 2018, Portland, Maine [Published: SEPTEMBER 2018]