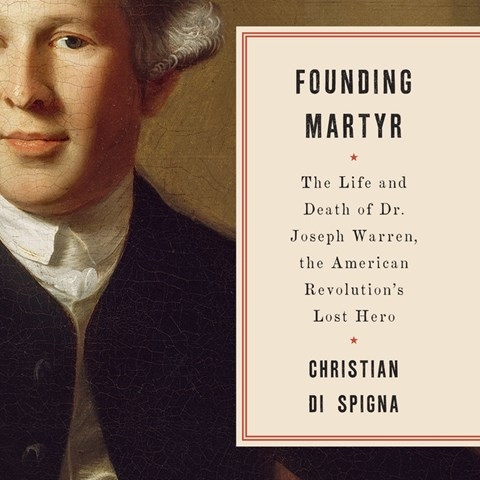 The slow and steady thrum of narrator Mark Bramhall's voice is perfect for telling the story of a person who was steady as a rock throughout his short but important life. Bramhall narrates the trials and tribulations of Dr. Joseph Warren, whom many consider to be so influential that had he lived through the Battle of Bunker Hill, it would have been he, and not George Washington, who would have been our first president. As listeners learn in this production, Dr. Warren was calm in the face of danger. It is with this trait in mind that Bramhall brings this world to life. He moderates his performance in a way that is both welcoming and educational. A.R.F. © AudioFile 2019, Portland, Maine [Published: FEBRUARY 2019]