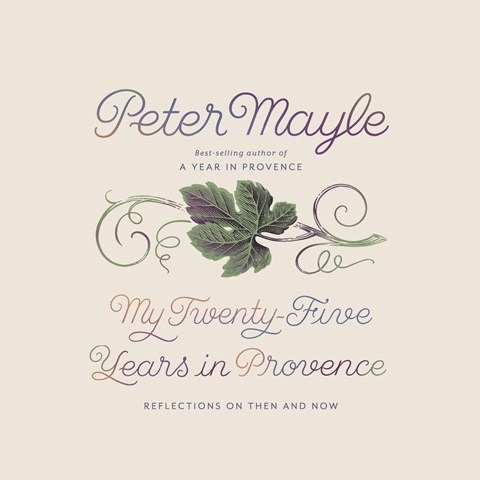 MY TWENTY-FIVE YEARS IN PROVENCE Reflections on Then and Now

Narrator John Lee, a master of accents and voices, enlivens this collection of 21 pieces about British author Mayle's experiences living in southern France. The late author's signature sense of humor, much of it self-directed, and his perceptive observations of the people who became his neighbors and the places he eventually called home are at the forefront of his final memoir. Lee's thoughtful performance and smooth pronunciation of French refresh familiar stories (such as those about the Mayles' many summer visitors) and add a deeper dimension to new ones, such as the author's reactions to seeing his work portrayed on television and his thoughts on being awarded France's Légion d'honneur. Although Lee maintains the line between narrator and author, Mayle's love of his adopted country is contagious. C.B.L. © AudioFile 2018, Portland, Maine [Published: OCTOBER 2018]