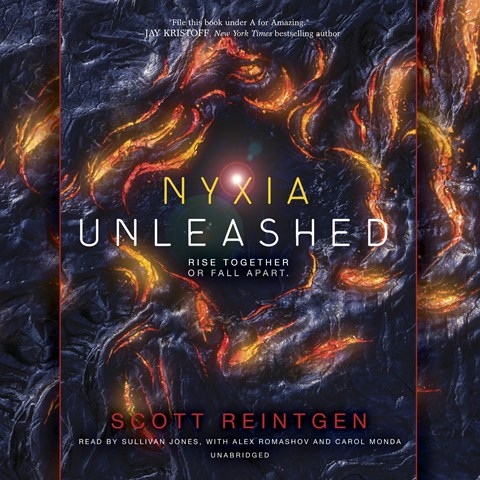 The continuation of this sci-fi series features a space crew of teens who now land on the planet Eden. Narrator Sullivan Jones once again delivers Emmett Atwater's narrative. The poor African-American teen from Detroit fights fiercely to defeat strange beasts and also to shift from solo survival to "shoulder-to-shoulder" collaboration with the other teens. Jones's diverse accents help to distinguish the many characters in Emmett's story. Carol Monda chillingly portrays a coldhearted Babel Corporation employee. Alex Romashov uses a slight Eastern European accent as he depicts courageous Aton. Like Jones, he delivers suspenseful twists that will leave listeners eagerly awaiting the next audiobook in the series. S.W. © AudioFile 2018, Portland, Maine [Published: JULY 2018]