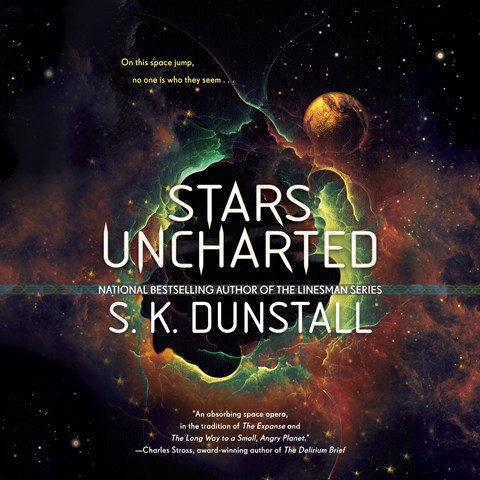 Narrator Emily Woo Zeller propels this exciting space-opera, which invites listeners to be careful what they wish for. When cargo ship captain Hammond Roystan discovers the famed exploration vessel HASSIM, its crew is dead, and he claims the vessel as salvage. But before long, this treasure becomes a curse, and what's left of Roystan's crew, along with a couple of new members, are running for their lives. Zeller reads alternating chapters in the female voices of body modification artist Nika Rik Terri and secretive engineer Josune Arriola. Zeller also capably inhabits the many male characters who make up Roystan's crew and the corporate thugs chasing them. Zeller's performance of this high-energy sci-fi will keep listeners engaged. D.E.M. © AudioFile 2018, Portland, Maine [Published: NOVEMBER 2018]