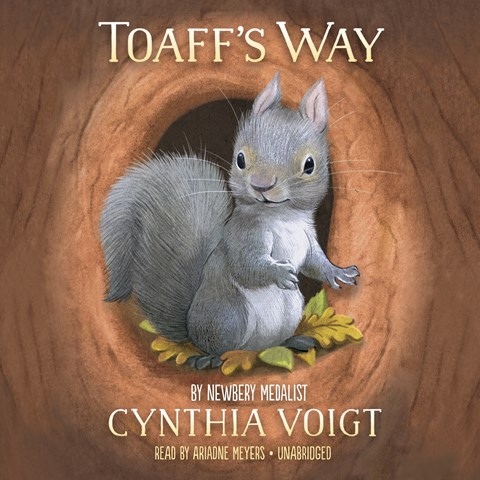 Narrator Ariadne Meyers rises to the challenge of portraying squirrels, both gray and red, and other creatures as she gives voice to Newbery Medalist Cynthia Voigt's chronicle of a squirrel year. When a winter storm topples the tree, newborn Toaff finds himself launched upon a quest to find a new home. Meyers's Toaff sounds curious and thoughtful as he hesitantly wonders about humans and their "white nest" with all the entrances, about the squirrels who don't always seem as wise as they pretend to be, and about the creature that barks and viciously attacks him. Myers's dogs are conversational; her newborn squirrels are squeaky and surely cuddly. With a gentle, unassuming delivery, Meyers provides listeners time to marvel at Toaff's resolve over his first year. A.R. © AudioFile 2018, Portland, Maine [Published: AUGUST 2018]