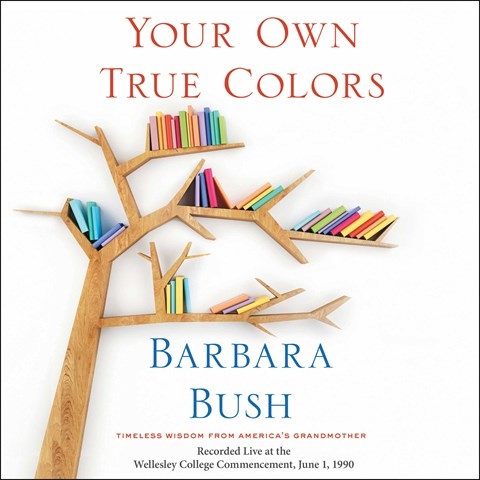 YOUR OWN TRUE COLORS Timeless Wisdom from America's Grandmother

Wellesley College's annual hoop race is said to make its winner a winner at life, at least by society's standards. Once, that victory was to be the first married; now it's to be the first CEO. In her 1990 commencement speech at the women's college, Barbara Bush tells graduates it's time for a different saying: The winner should be the first to reach her dream. The first lady's speech is presented here as it was first heard--to loud applause and laughter. Her tone is self-deprecating and her comments witty as she speaks out for "mermaids," women who don't fit in. She closes by referring to the possibility that a man could someday have her role. J.A.S. © AudioFile 2018, Portland, Maine [Published: AUGUST 2018]