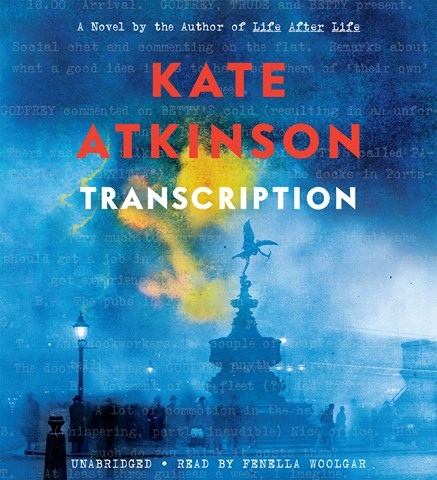 Fenella Woolgar's masterful narration transforms Juliet Armstrong into a friend who is confiding a lifetime of secrets. This WWII novel revolves around the time Juliet spent transcribing recorded conversations of British fascist sympathizers--they believed they were reporting to the Gestapo but were in fact sharing their secrets with an MI5 officer. Woolgar's interpretations of Juliet's wry asides and commentary, peppered throughout the text, are hilarious, and she convincingly portrays a broad cast of characters, from plucky Cockney-accented errand boys to elderly women conspiratorially sharing their shocking views. Woolgar's melodious voice and dry wit carry listeners through the decades as Juliet's secrets race to catch up with her. E.E.C. Winner of AudioFile Earphones Award, 2018 Best Audiobook © AudioFile 2018, Portland, Maine [Published: SEPTEMBER 2018]